Combined with extinguishing device and electronic accessories, the whole system can be actuated automatically. It can monitor the situation of protective region through detectors and then it can also start the extinguishing device through solenoid actuator automatically. So the whole system can achieve automation totally. Therefore, it can avoid that there is no one who notice the fire when it happens and it also saves much money for employment to supervise the protective area.

Management of Multiple zones is also in the safe control of the whole system. We can use one system to protect multiple zones through selective valves. It can let the whole system alternative aiming at different protective zone. Agent can be discharged into where the fire happens. It will be very efficient to put out fire in short time. One thing that need to mention, is that a little room should be prepare to be as storage space for the whole system.

Extinguishing devices are such things, like cylinder to fill and store fm200, frame and driving device(nitrogen cylinder) to trigger the storage cylinder to discharge agent and so on.

Pipe fittings are those conduits to connect extinguishing device and guide agent into protective zone, like high pressure galvanized steel pipe and flange and elbow and so on.

These integrated three parts will be efficient to detect and supervise and alarm and extinguish fire automatically. 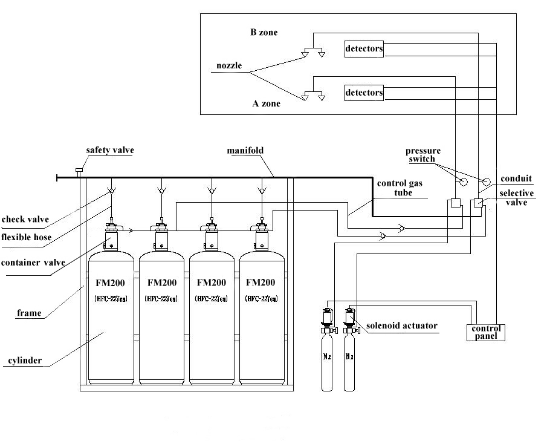 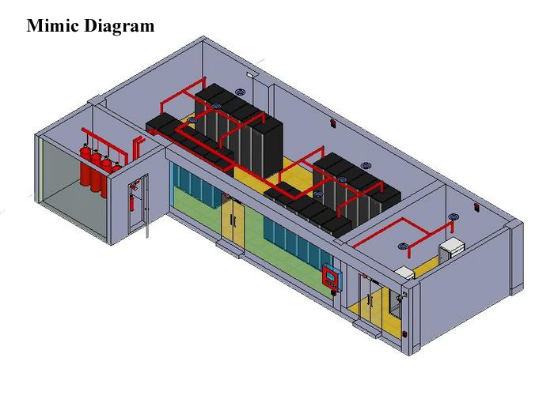 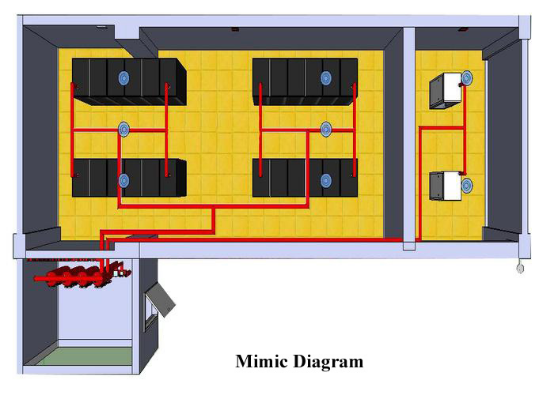